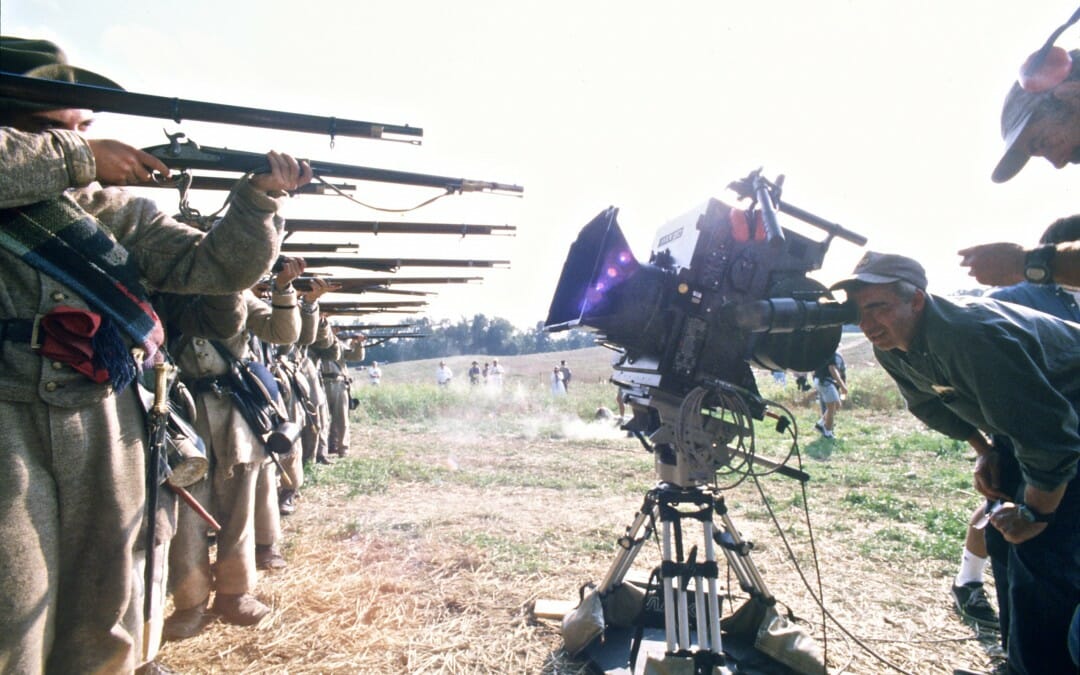 The Right Balance. Most of our projects are substantial in budget and logistical scale—driven by the reality that the giant screen is a very demanding medium. Audiences expect to see things they couldn’t otherwise see and they expect to see them better than ever. But novel, big and better are not enough by themselves to immerse audiences and assure success in theaters—a film also has to tell a compelling story. Balancing the demands of any medium and the expectations of audiences against available resources is a challenge for any filmmaker. Doing it using the world’s largest and most expensive motion picture format, is another skill altogether. But achieving the right balance can be enormously rewarding for audiences and satisfying for stakeholders (filmmaker, sponsors and theaters). Our team has been remarkably successful at consistently achieving the right balance over the course of our 16+ projects for the giant screen.

Timescale. Some of our most prized ventures have taken a decade to secure funding. Some endeavours have required filming over many years, while still others have materialized suddenly and required near instant response. The filming of Rescue took crew members to Haiti in 2012 in the immediate aftermath of the earthquake that devastated the capitol city Port au Prince and surrounding areas. While the project had been underway for some months, the opportunity to film first responders in action was at the heart of the film and necessitated that the team respond quickly to the events unfolding in Haiti. The production Rescue documented the disaster from the ground and the air and followed the remarkable work of first responders, military and civilian. The experience inevitably and profoundly effected all involved in the shoot. Read more about “The Making of Rescue 3D“. 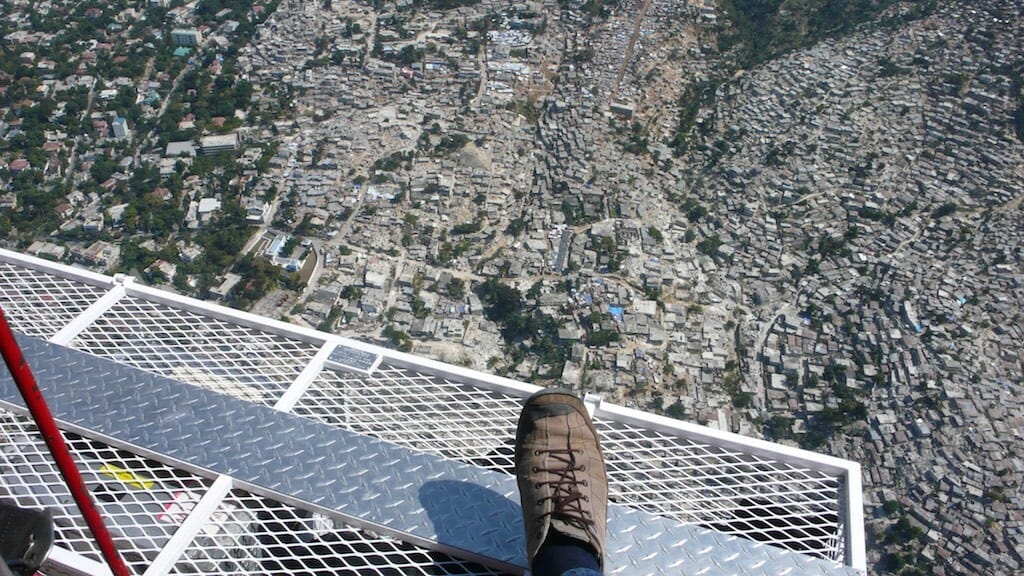 Flattened buildings in Port au Prince as seen by helicopter shortly after the 2012 earthquake during filming of Rescue. Photo: Michel Chauvin.

Our groundbreaking deep-sea film Volcanoes of the Deep Sea took almost a decade to come to fruition, from first treatment to final cut—delayed by funding challenges, the logistics of deep-sea filming in two oceans and finally by the wide ripples of 9/11. Major funding from the National Science Foundation together with our science collaborator Rutgers University, enabled this groundbreaking ocean science project. The project involved a record 20 filming dives in the Atlantic and Pacific oceans, documenting the diversity, visual magic and scientific intrique of vent habitats. The film’s focus on the remarkable hydrothermal vents and the abyssal life supported by these tectonically active systems had a deep impact on audiences (and the filmmakers). Science for general audiences can be treated with remarkable depth and educational impact on the giant screen. 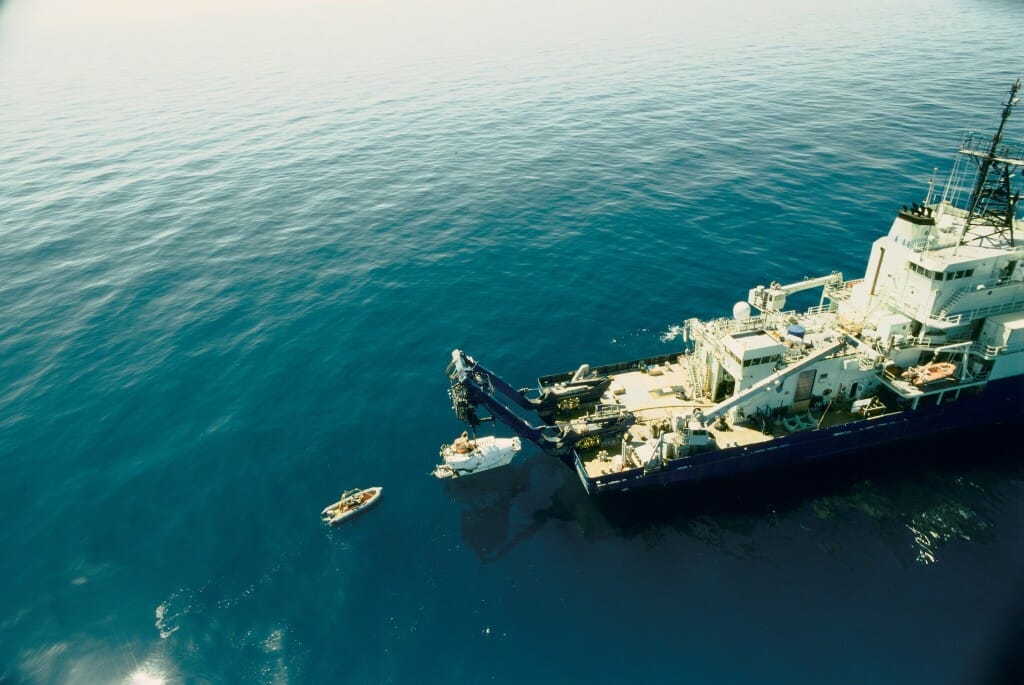 Deep-sea submersible Alvin is launched from the research vessel Atlantis, operated by Woods Hole Oceanographic Institution in a scene from Volcanoes of the Deep Sea. 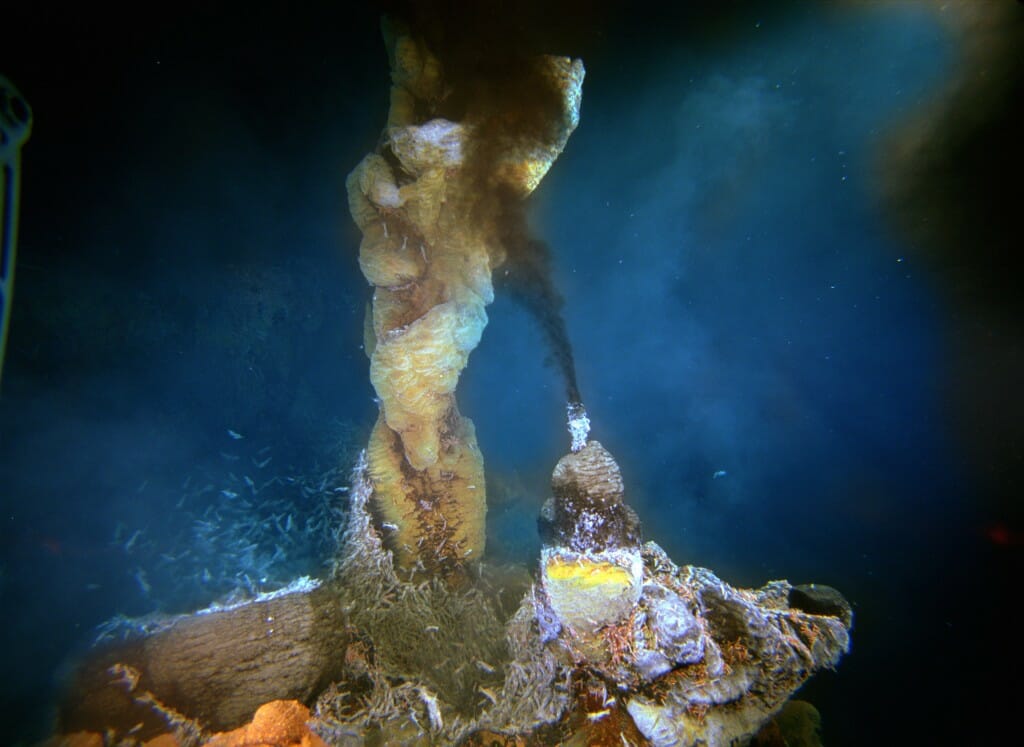 A black smoker surrounded by shrimp on the Mid-Atlantic Ridge–a scene filmed from the deep sea submersible Alvin for Volcanoes of the Deep Sea.