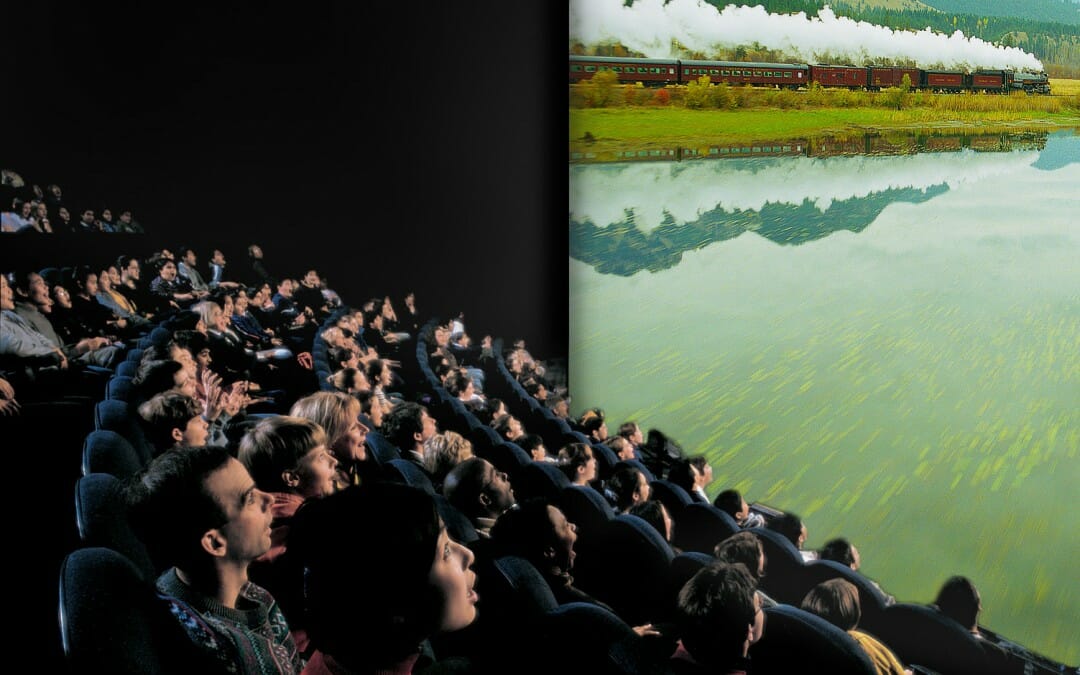 Laser projection has entered the giant screen market with a woosh and a blast of steam. “IMAX with laser” was demonstrated at the TCL Chinese Theater in Hollywood, CA earlier this month using scenes from the Stephen Low film Rocky Mountain Express as well as several recent Hollywood releases.

Developed in collaboration with technology partner Barco, IMAX Corporation’s latest advance combines the power of laser with new patented projection technologies to boost the brightness, contrast, colour gamut and overall clarity of large format digital cinema. It wasn’t any wonder that IMAX Corporation chose Rocky Mountain Express to highlight the true power of the new technology. Captured entirely in 15 perforation/70mm motion picture film and with the support of a helicopter and gyrostabilized Spacecam-mounted IMAX® camera, the Rocky Mountain Express delivers kinetic ride factor and the wide, sweeping vistas of the western landscape with crisp, compelling detail. Scanned from the original negative at an astounding 8K resolution, the film demonstrates the true screen power of IMAX with laser.

Reports Germain Lussier of slashfilm.com, “During the Furious 7 trailer, the detail and contrast was crisper but not in a way that made your jaw drop. Then, showing a scene from Rocky Mountain Express…the image was absolutely stunning. Think along the lines of the bump from DVD to Blu-ray, with white smoke that looked 3D it was so white, and details in every single tree in the environment.” The consensus among those that have seen the new IMAX technology is that is it here to stay and represents a veritable leap in digital cinema presentation. When matched with superior film capture and cinematography, laser projection really shines.

The IMAX Experience Rocky Mountain Express premiered in 2011 and has since wowed audiences around the world. The film propels audiences on a steam locomotive excursion through the Canadian Rockies and tells a moving story of the epic 19th-century building of one of North America’s first transcontinental railways. Rocky Mountain Express has been hailed by audiences and media as one of the best IMAX films of all time and garnered Best Film and Best Cinematography awards from the Giant Screen Cinema Association (2012).

“Is IMAX Laser Projection the Future of Movies?” by Germain Lussier, www.slashfilm.com