Getting to the Action 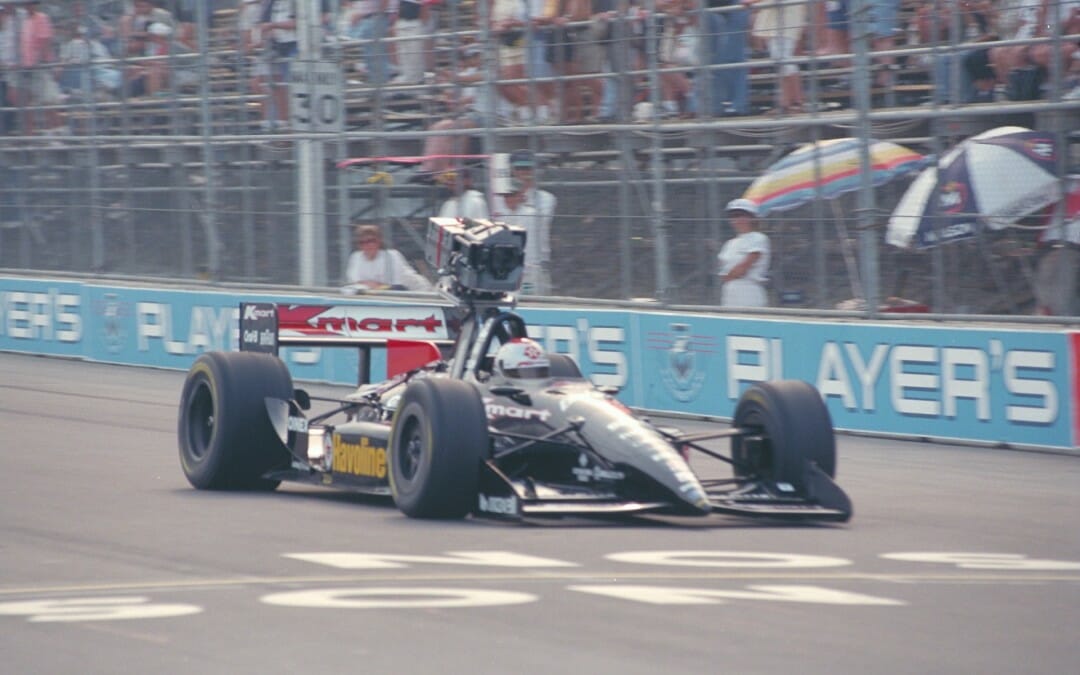 [Above: filming the Race. Stephen Low (left) and director of photography Bill Reeve film Championship auto-racing for Super Speedway with an IMAX® camera] One of the top challenges of giant screen filmmaking is getting the camera (and audience) to where the action is or, when necessary, getting the action to where the camera is. Without close access to engaging action and environments, you can’t tell a compelling story. The success of The Stephen Low Company has hinged in part, on getting the right moments on film to relate an authentic and emotive tale—despite the challenge of working with the world’s largest motion picture formats—film or digital. 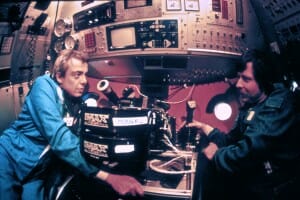 An IMAX camera mounted inside a Russian Mir deep-sea submersible during filming for Titanica (1991). Filmmaker Stephen Low (left) and sub pilot Evgeny “Genya” Cherniev (right). Visible are the black IMAX film magazines which carry 1000′ loads of 65mm negative film. One mag holds the unexposed film, while the second takes up the exposed film. One thousand feet of film runs through the camera in approximately 3 minutes.

The Camera conundrum. A key distinction between large format filmmaking and other filmmaking has been the size of the camera. Large film stock (e.g. 70mm film) has been able to deliver a crisper and more realistic audience experience than other formats. However a large film format  has also required a larger, heavier camera, with all the attendant challenges that bulk and weight can bring. Typically, a large camera cannot be hand-held and requires dollies, cranes and other substantial mounting systems; it cannot fit in tight spaces or be manoeuvred rapidly. Camera and Film Format. IMAX Corporation engineered one of the world’s largest cameras in the early 1970s to accommodate a novel film format: 15 perforation/70mm. And for some four decades, the large 15 perforation 70mm film frame has been one of the defining characteristics of giant screen success, enabling the capture, storage and projection of vast amounts of picture information. Total information and resolution (information density) are key factors in the realism and quality of the giant screen experience. 3D Wow. The introduction of IMAX 3D, pioneered by Colin Low (father of Stephen Low) with the National Film Board of Canada and IMAX Corporation in 1986 changed the game significantly. Suddenly one big IMAX camera became two big perpendicularly-mounted cameras (capturing left and right-eye images) married together with a giant beam splitter—a half-silvered mirror enabling the same scene to be captured by both lenses. The two-camera rig necessary to shoot IMAX 3D weighed over a ton and required a crane to manoeuvre. Now the action almost definitely had to come to the camera. The results of the new IMAX 3D system, captured in Transitions (1986) and Stephen Low’s The Last Buffalo (1990) were truly remarkable however and propelled the development of a new 3D cinema industry. 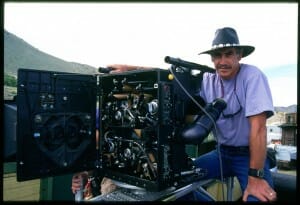 The innards exposed. Director of Photography Bill Reeve sits next to a SOLIDO IMAX camera, its inner mechanism visible, during filming of the Stephen Low film Mark Twain’s America (1997), a production for Sony.

By 1995, IMAX had developed an alternative system, the SOLIDO camera, which combined the optics and film paths of two cameras into a single 3D camera unit (no beam-splitter required). The new camera remained massive and still challenging for a crew to manoeuvre. While a number of remarkable films have been shot with the SOLIDO system, the enormous cost and inflexibility of the giant camera has pushed filmmakers to seek film and digital camera alternatives to capture 3D. The Future is Kind of Digital. While the future is digital, film motion picture cameras still hold a place in filmmaking, particularly where the capture of large amounts of information are concerned. While digital camera systems continue to evolve in resolution and are increasingly used in giant screen filmmaking, with their fragile cables and protruding modules, they have yet to be proven to be definitively more user-friendly in the field than film-based camera systems. At this writing, film also still holds an edge when it comes to filling the giant screen with crisp, high-resolution scenes—particularly the grand, sweeping vistas and aerials for which the format is known. The Constant Debate. Cinematographers and theater managers, distributors and technologists will debate the merits of one technology over another—for image capture, for processing and for projection—forever. And when all cameras are digital, there still will be debates to be had. In the end, the goal is the same, the delivery of the best movie-going experience for audiences that can reasonably be achieved. The giant screen, and in particular, the IMAX solution in all its incarnations has always stood for something significantly more than ordinary—something extraordinary. And as filmmakers, that’s what we are always aiming to achieve in our work. 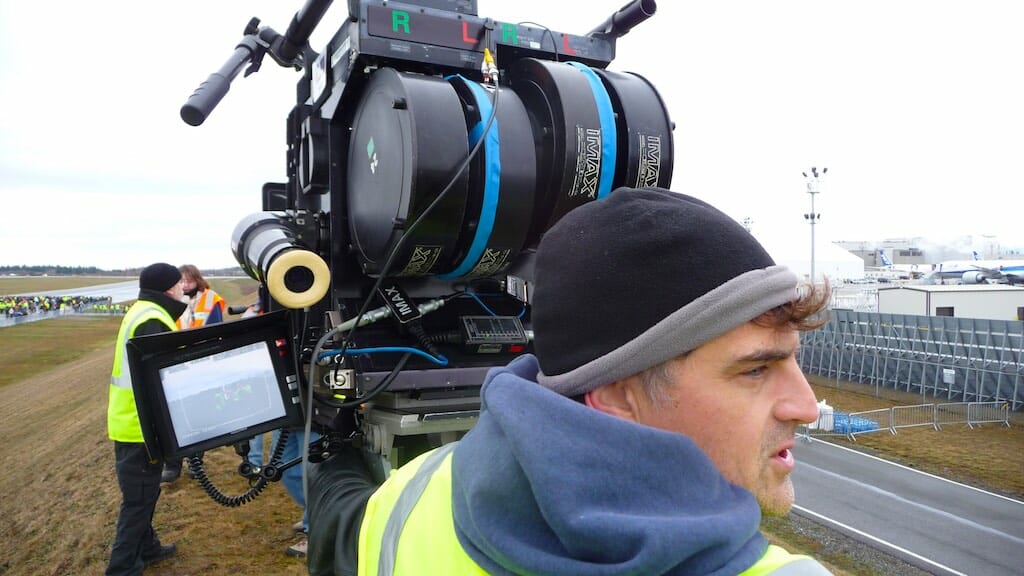